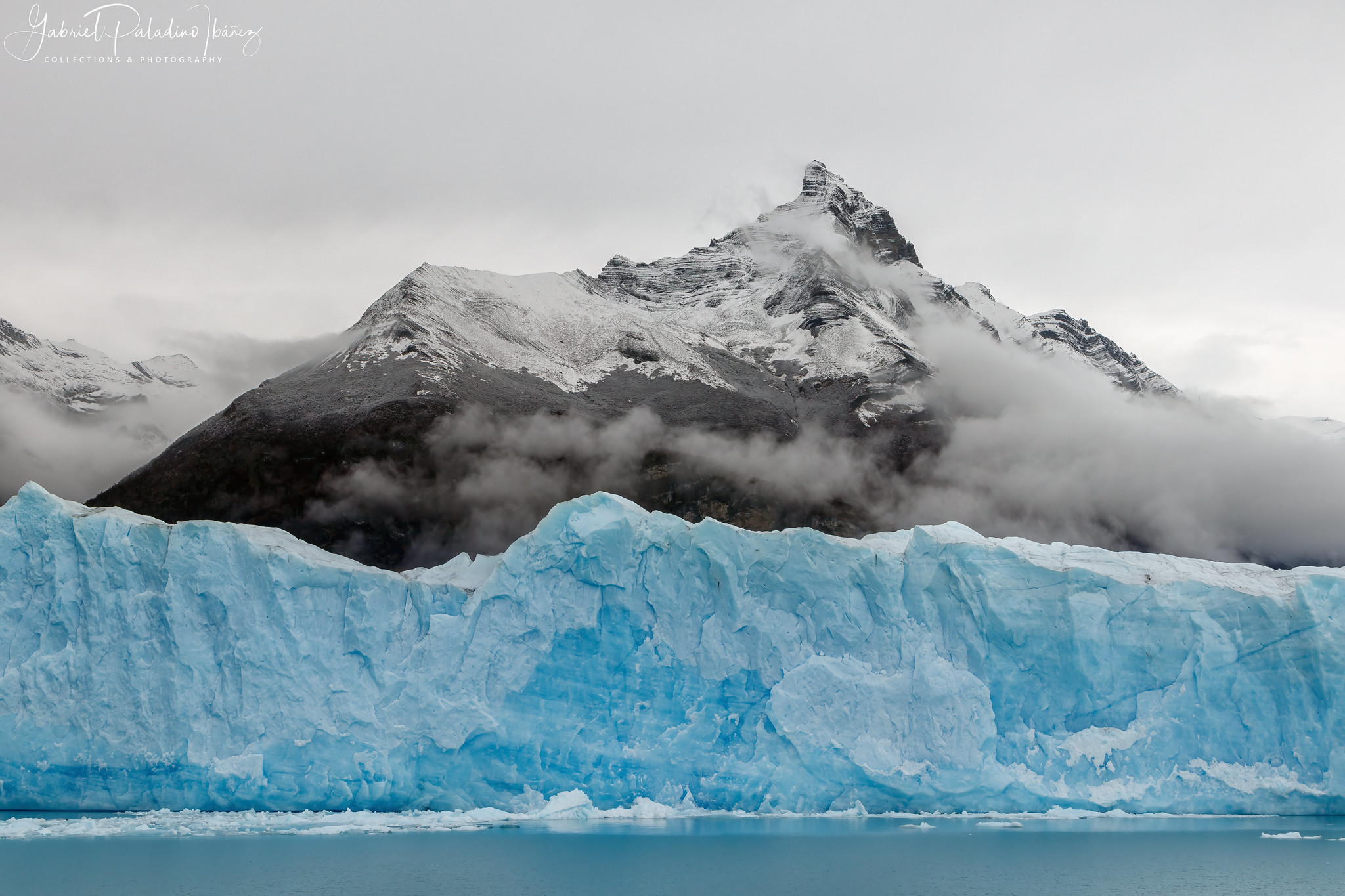 Perito Moreno Glacier (North side) and in the back Cerro Moreno (1640m).