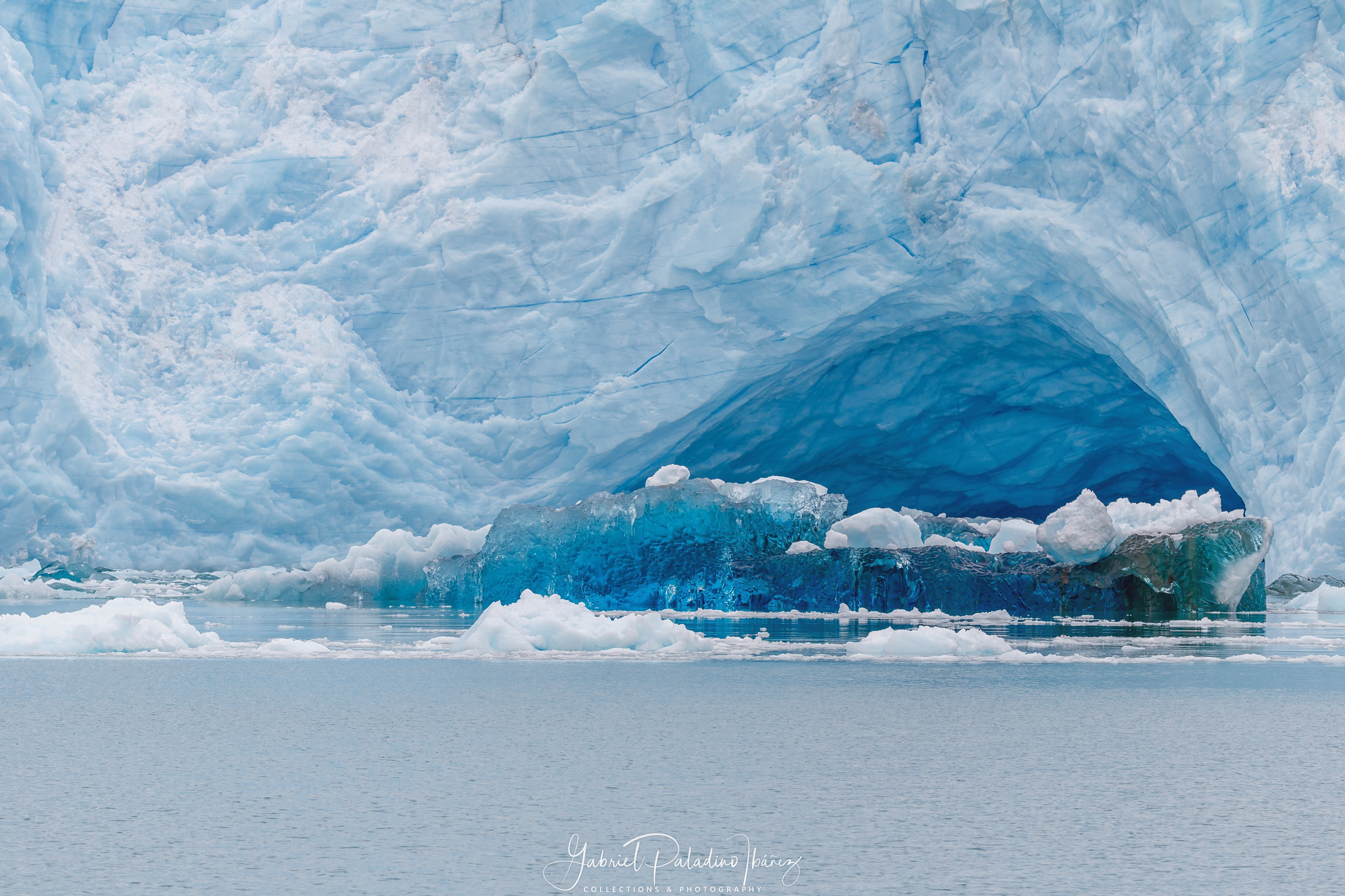 Ice cave in the Perito Moreno Glacier (North side). The dark blue ice floating in front of the cave is probably an underwater detachment of the glacier.