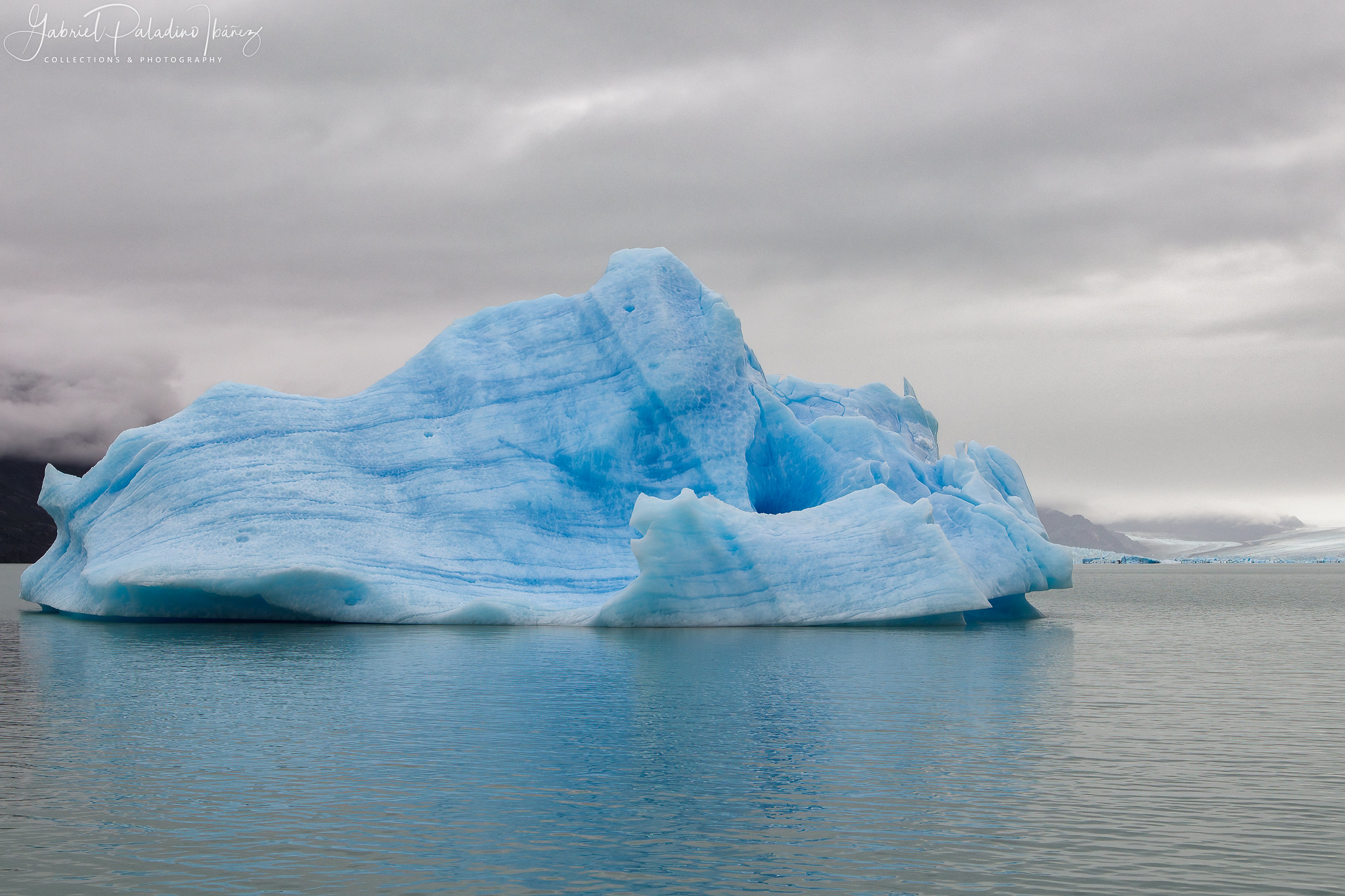 The Upsala Glacier is a large valley glacier on the eastern side of the Southern Patagonian Ice Field. This glacier can be seen in the distance, behind this huge iceberg.
Its higher portion lies in a disputed territory between Chile and Argentina. While the glacier flows from north to south it has three lesser eastflowing tributary glacier: Bertacchi, Cono and Murallón.

Its importance lies in the fact that with a tongue of almost 54 km whose wall overlooks Lake Argentino, it is one of the longest glaciers in South America.

Approaching the Upsala Glacier is very dangerous due to its landslides and floating icebergs.

The name comes from the old spelling with one ‘p’ of Uppsala University, which sponsored the first glaciological studies in the area. The university is located in Uppsala, Sweden.

The glacier showed almost continual recession up until 1999. The acceleration in ice motion during the two decades preceding 1999 may have been augmented by the release of backstress when the glacier retreated beyond the islands in Brazo Upsala. In 2008, another period of even faster retreat started, reported as being about 10 times faster than the period recorded in the eight years prior.