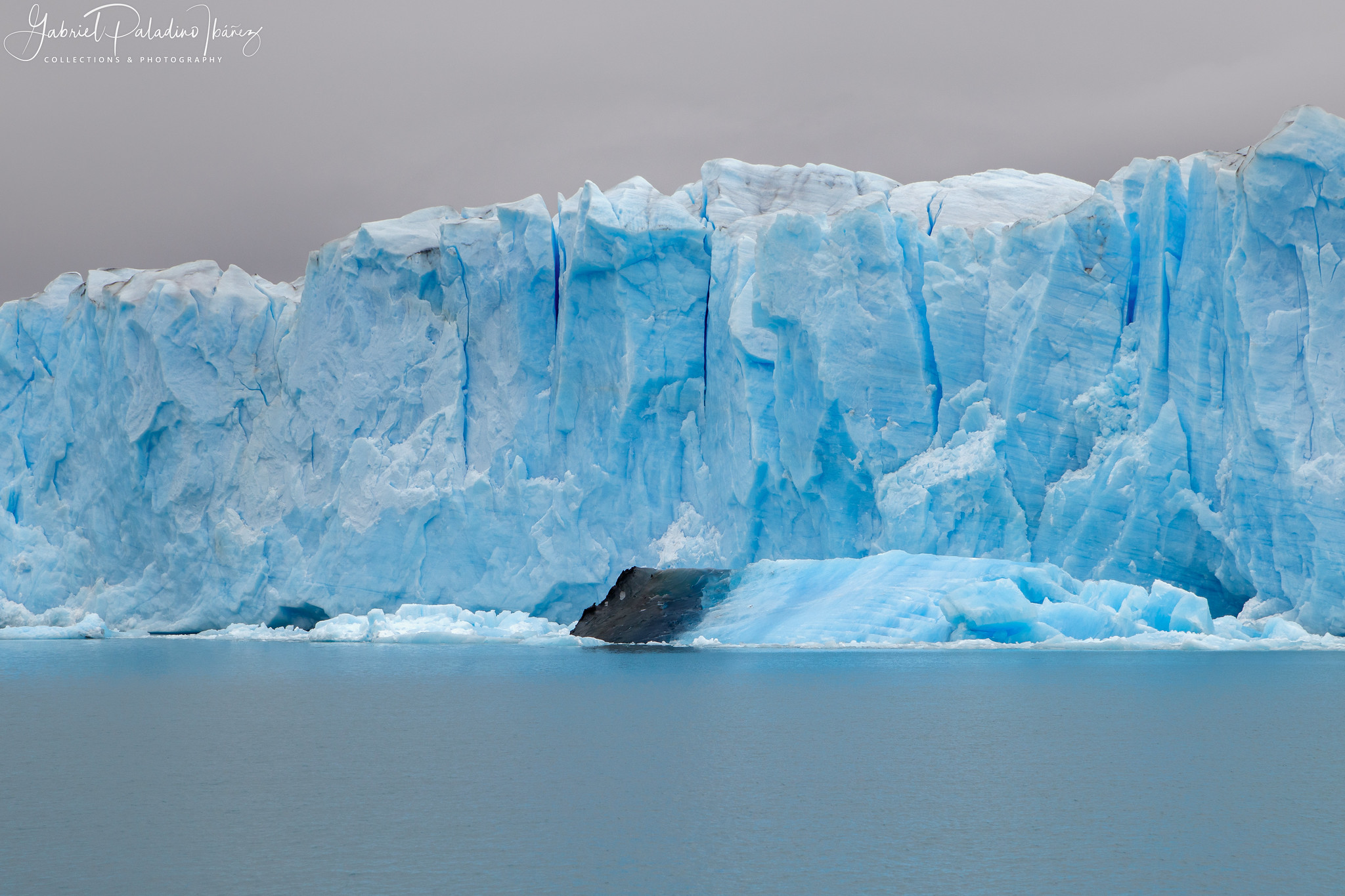 Shot taken at the North side of the Perito Moreno Glacier. The dark ice floating is probably an underwater detachment of the glacier.

About the glacier:
The 250 km2 (97 sq mi) ice formation, 30 km (19 mi) in length, is one of 48 glaciers fed by the Southern Patagonian Ice Field located in the Andes system shared with Chile. This ice field is the world’s third largest reserve of fresh water.